British Airways is one of the few airlines still to offer four classes of cabin throughout selected routes: First, Business, Premium Economy, and Economy. Having travelled a few weeks ago to the United States in First, this time I flew to Chennai in India (formerly Madras) in Premium Economy: and it’s interesting to see how the different cabins compare.

The one similarity is that both cabins are exclusive: Premium Economy (known as World Traveller Plus in BA parlance) occupies roughly the same amount of real estate on the aircraft, the difference of course being that there are far more seats placed into that space in Premium Economy.

Still, at no point does it feel cramped: the World Traveller Plus cabin on a BA Boeing 787 (the nearly new aircraft taking me to Chennai and back) operates a two-three-two seat configuration, with generous leg room and enough space to move your elbows. 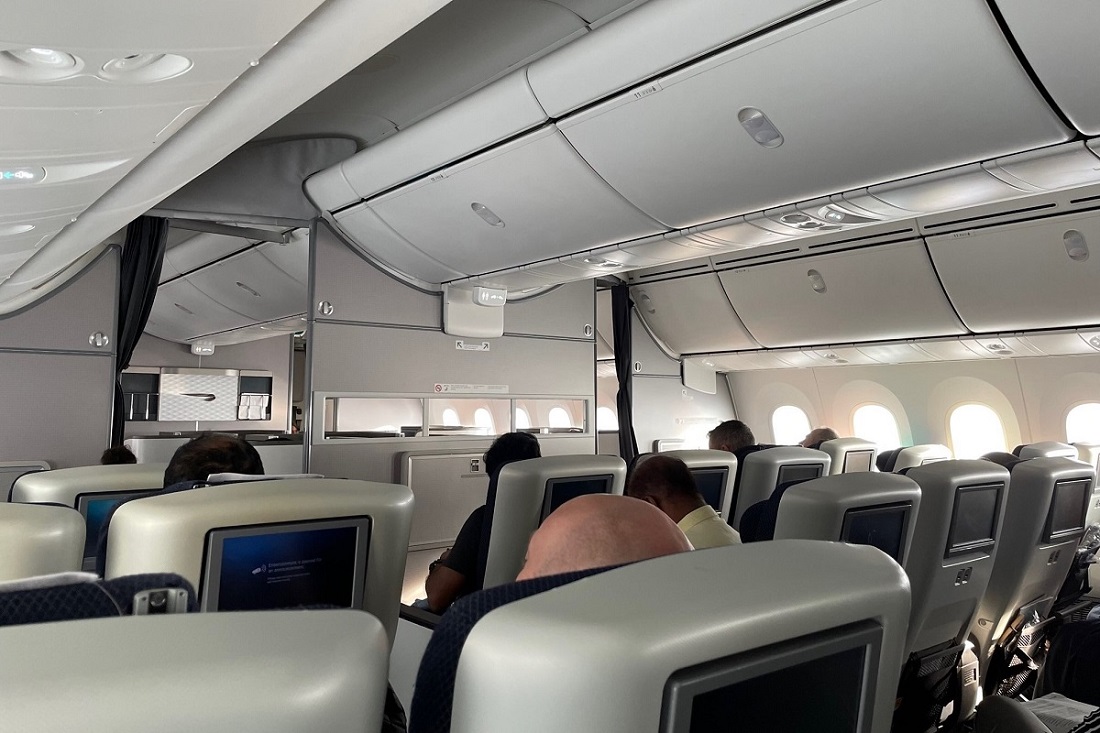 It’s a perfectly comfortable place to spend in excess of 10 hours, with generous padding on the seat and an ample recline. That’s one of the drawbacks too, as it means that the person in the seat in front of you can recline to the point where the TV screen on the back of the seat is practically in your face (it tilts, so that you can carry on watching it anyway). One way round this of course is to opt for a bulkhead seat, which I would certainly suggest.

As for the inflight entertainment, it’s pretty good. There’s a wide selection of films and box sets, meaning that you can watch Death of the Nile somewhere over the Nile, if you so wish, on a screen that’s somewhat bigger than you’ll find in economy and not too tricky to operate. You also get a small vanity kit (with a toothbrush and socks). Not to mention a blanket and pillow in BA’s distinctive blue herringbone fabric.

But despite all of that, some similarities with World Traveller (which is discreetly hidden behind a curtain) remain. The service and attention from the cabin crew is really no different to what you find ‘at the back’ though, as one steward put it. There’s certainly none of the polished deference that you find ‘at the front’ – but of course, you get what you pay for.

In theory you get a wider choice of better food, for example, but in practice – with World Traveller Plus being a small cabin – selections frequently run out, meaning that the choice can be limited (or non-existent). The same applies for the drink (apparently there was no red wine on the return trip, and nothing to eat apart from vegetarian curry) with the soft product definitely being more economy than business. That includes the toilet shared with economy class that you find behind the curtain, with long queues forming for use of a limited number of cubicles which can get pretty squalid after several hours of flying. 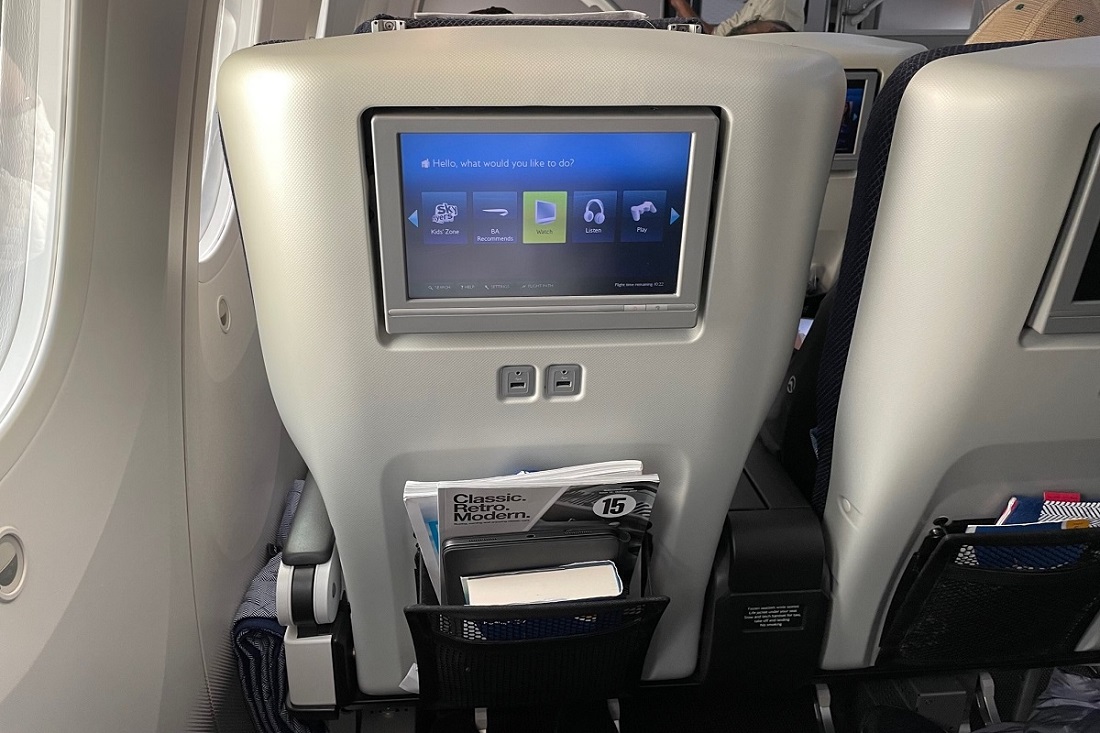 But how you look on all that is almost an existential question: do you see that cabin as Economy plus, or Business minus? A way that a canny businessman wanting to save money would travel, or instead a holidaymaker looking to treat himself? Or is World Traveller Plus neither of those things: instead, a hybrid of the two?

The biggest luxury it affords you though is space, and over a long flight the extra room really makes the difference. Whether or not that’s worth it, at the risk of stating the obvious, depends entirely on how much you paid for your ticket. Air fares are of course notoriously variable, so the answer to that question is ‘sometimes’. Go for World Traveller Plus if it costs just a bit more than Economy. But don’t bother if it’s slightly less than Business. If it’s right in the middle, choose it for a long flight (over six hours), give it a miss for anything shorter. One big advantage is that it’s generally quieter in World Traveller Plus, which along with the additional space, actually makes it possible to get some work done (this review being a case in point, although opinions may vary as to whether it not this counts as ‘work’…)

World Traveller Plus is not a bad effort, but by definition it will never be perfect. How much you’ll like it depends entirely on your mindset and perception of value.

Top image by Johan Widén from Pixabay, other photos by Anthony Peacock

Why There’s No Substitute For First Class

If you’re going to travel anywhere, you may as well travel there in style. Which is why British Airways First Class is often worth the money – especially when you find those quasi-miraculous deals where […]

Announcing 5 Years of Satisfied Clients Surf Air Members have recently been able to obtain membership upgrades to celebrate the business’s 5-year anniversary. They’re using this time to show gratitude to Members for their continued […]

London In Lockdown And Future Of The Travel Industry

As the UK moves into what is now Week 5 of lockdown, many of us are wondering not only when the lockdown will be lifted or at least eased, and we can get back to […]