There is only one place to see in the New Year and that is by the river Nith at Ellisland Farm in Auldgirth. It is where “Auld Lang Syne” was written and first performed.

Robbie Burns’ home will be staging a Hogmanay Party as well as a family Burns Brunch and mini-Burns supper on 22nd January. There will also be a tribute to Jean Armour, the Immortal Bard’s wife, on her birthday on the 25th February. This will include recreating recipes from the cookbook she owned. Entertainment from award-winning traditional singer Robyn Stapleton.

The first Burns Supper was held at Burns Cottage in Ayrshire on 21st July 1801 by friends of Robert Burns, on the anniversary of his death. Since 1802, they have been held on 25th January.

Burns Suppers have now been held in Antarctica, the Arctic (Svalbard, Norway) and on Mount Kilimanjaro. Every year the US stages over 150 Burns Suppers and Germany 60.

The world’s oldest Burns Club is the Greenock Burns Club also founded on the 21st July 1801 at the Henry Bell Tavern. The earliest Minutes of the Club were written in an Excise Book which belonged to the poet. Two leaves remain.

But what should you be drinking this Burns Night? “A wee dram” of “the juice Scotch”. Certainly.

But what goes best with “the great chieftain o the puddin’-race”? What complements haggis? What pairs the best with stovies? What “gangs together” on January 25th and what should you use to toast Rabbie’s Immortal Memory?

Long before Famous Grouse and Bell’s, Robert Burns drank “dear Kilbagie” in Poosie Nansie’s Tavern in Mauchline. He also mentions the “Rascally Liquor” made at Kennetpans.

Scotland’s national poet considered English brandy as “burning trash”. He was a whisky fan, singing the praises of the local John Barleycorn which made your courage rise and “a man forget his woe”.

Being from Ayrshire, he would have been a Lowland whisky man. So Auchentoshen, established in Dunbartonshire in 1823 and Glenkinchie (Johnnie Walker’s Victorian distillery near Edinburgh which date to 1825) single malts would be acceptable. Burns may also have been familiar with the long defunct Borders whisky, Glen Tarras. 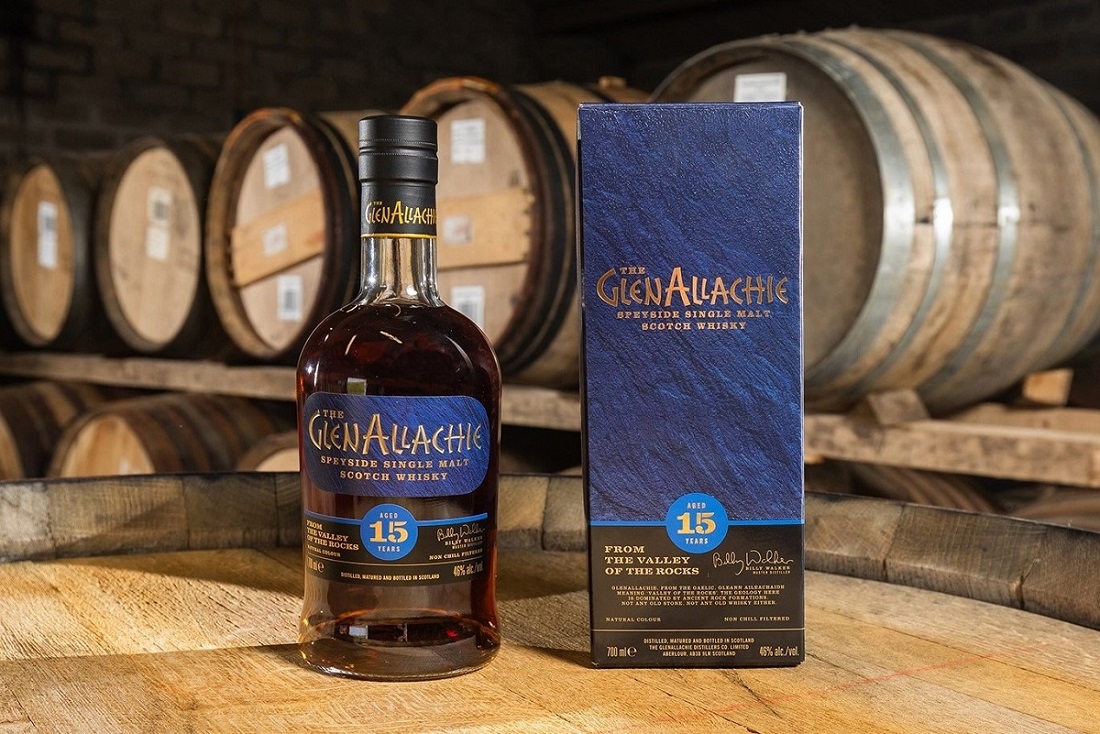 The lowlands of South West Scotland have long associations with whisky. Local Friar John Cor made whisky there in 1494 for King James IV.

Bladnoch in Wigtownshire is the southernmost distillery in Scotland. It originally opened in 1817 and is one of the country’s oldest. It was bought by Australian David Prior in 2015 and its master distiller is Dr Nick Savage.

Annandale distillery is based on the reconstruction and revival of an existing whisky making facility, operational between 1830 and 1921.

Annandale opened in 1836 but, after being dormant for years, was revived in 2014 and, in November 2017, the first cask was broached by its owners David Thomson and Teresa Church.  Ninety-nine of the bottles from the first-ever peated cask were sold and auctioned off to raise money for the late rugby player Doddie Weir’s charity foundation to help people with motor neurone disease.

Burns (1759-1796) spent the last eight years of his short life in Dumfriesshire, working as an exciseman. He led a team of excise officers to capture the marooned smuggling brig, Rosamond in 1792 and wrote the song ‘The Deil’s Awa Wi The Exciseman’ while in Annan.

Annandale Distillery’s single cask, single malt unpeated is “Man O’Words”, named in tribute to the poet. Its peated, “Man O’ Sword” commemorates King Robert The Bruce who had a bailey bastle and motte nearby. The distillery owns and operates The Globe Inn and mini-Burns museum in Dumfries.

Perhaps the closest spirit to what Burns would have drunk might be Annandale’s Rascally Liquor®, a  63.5% clear malt spirit made in exactly the same way as single malt Scotch whisky but not matured in oak casks. There are two expressions available: fruity, toffee unpeated Rascally and smoky peated Rascally.

Both are made in Burns country, in Dumfriesshire. One shows Tam riding into town for a night on the whisky, the other shows him being chased by the Devil’s entourage – the ‘hellish legion’.

That would be a right whisky to toast the Lassies and get everyone in the mood. Along with perhaps Black Bottle Double Cask for their reply. 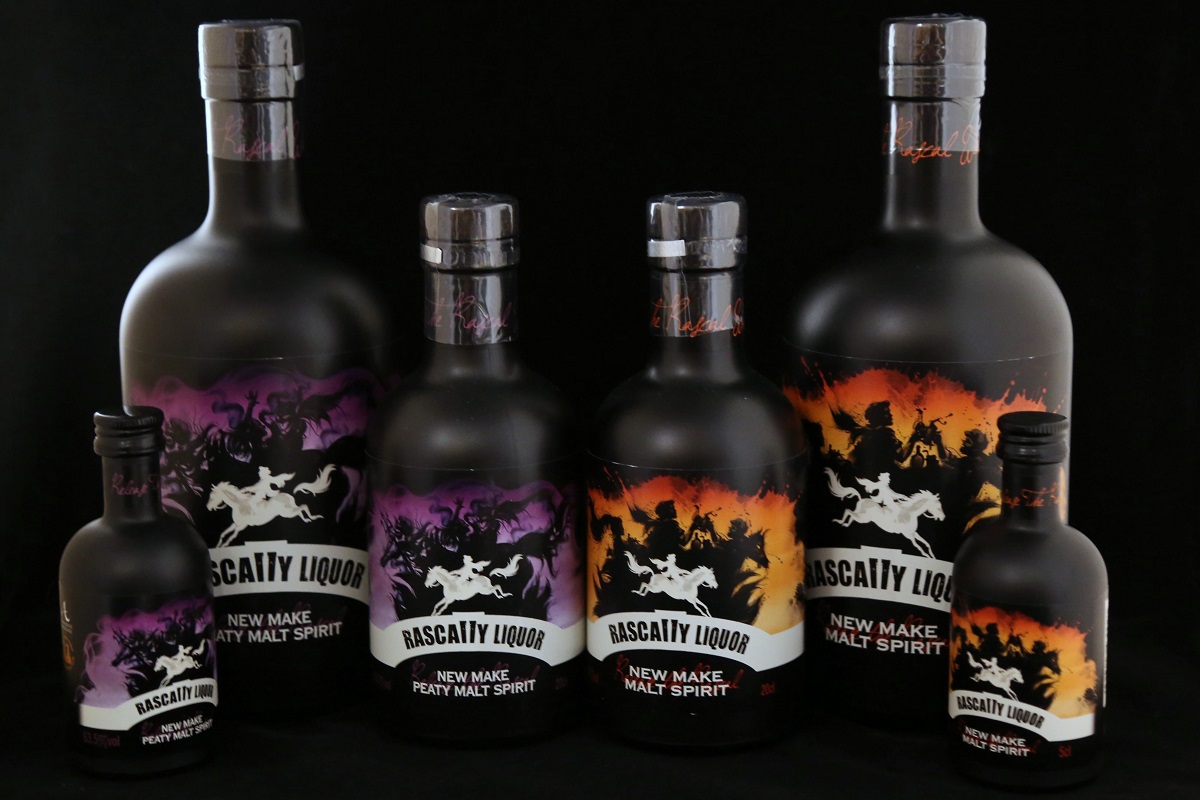 The experts at the Whisky Exchange recommend Caol Ila Moch to pair with cock-a-leekie and Cullen skink. And for the toast? A bottle of super-premium Strathisla 2017 (exclusive to The Whisky Exchange). Toffee, orchard fruit, soft spice and chocolate. From one of Speyside’s oldest distilleries, The Glenallachie, is also a good shout.

Washing down the “pluck” – pulverized animal private parts – is a sophisticated art. And whisky drinking and distillery visiting is all part of a Burns Tour of Scotland.

He was born in Alloway, Ayrshire where there is the Burns family cottage, the auld kirk graveyard, the Brig O’ Doon and the Burns Heritage centre.

Burns went to school in Kirkoswald. In Mauchline, you can visit the Burns House Museum and Memorial Monument. Nearby in Tarbolton, he and his brother founded the Bachelors’ Club, now a National Trust property.

Burns attended dance lessons there and was also initiated into the freemasonry there in 1781. One of the rules of the club was: “Every man proper for a member of this Society, must have a frank, honest, open heart; above anything dirty or mean; and must be a professed lover of one or more of the female sex.”  The club was a light-hearted debating society.

Friars Carse Hotel on the river Nith was once ‘Glenriddell’. Its owner, Captain Riddell, was so fond of Burns that he gave Burns keys to his summer cottage, an architectural folly called “the Hermitage” where the poet wrote.

Its restaurant is named after Burn’s ballad “The Whistle” which tells the story of a famous drinking competition staged in the room. Fergusson of Craigdarroch was declared the outright winner, as at the end of the evening, he was the only sportsman still able to carry a tune on an ebony whistle!

Burns wrote many of his most famous poems and songs including “Auld Lang Syne” and “Tam o’Shanter” at Ellisland Farm, the family home built in 1788 for his bride Jean Armour.

Rabbie moved to Dumfries from Ellisland Farm in November 1791. He spent the last five years of his life in the town, working as an exciseman. A walking tour takes in Burns House where he died, his mausoleum, the Robert Burns Centre and The Globe, his favourite Howff (pub or inn).

“I would say that most Scots prefer Highland or island whiskies as there are so few lowland distilleries. That is changing however, and there are several new or planned lowland malt distilleries in the offing, including Ardgowan which will be our local one about three miles from us. That’s due to open in 2023/4.”

“A half ‘n’ half pairing a beer with a dram is a really fun way to see in Burns Night. The beer is a great spacer between the drams and saves you pairing wine and whisky, grape and grain which aren’t friends the next day! This year I’ll be going super-local. As I live in Leith I’ll be drinking Pilot Vienna Pale with Woven Experience No 7 from a local blender.

“To match haggis, you’ve got to match texture with texture. If I’m going sweet, I’ll reach for the Clynelish. If I want something a bit more malt-driven then it’s Springbank.”

Phillip Murray, GlenAllachie’s master brewer, has even composed a poem for this year’s Burns Night:

O a’ the drams there is aboot

In butts an’ barrels there lies sleepin’

So, raise a glass tae the Lowland Bard

GlenAllachie is the dram o’ choice

So gither roon, an wie one voice: “Slange var Rabbie”

Photographs courtesy of The GlenAllachie Distillery and Annandale Distillery

A Trip Down Memory Lane with The Scotch Malt Whisky Society

Come with me on a journey through time and space to the world of The Scotch Malt Whisky Society (SMWS), as after a long two years, the Whisky Weekender returned to the nation’s capital, with […]

For those of you unfamiliar with Smokehead, which was launched back in 2006, it is an Islay Single Malt Whisky that has been given a bold new look by Ian Macleod Distillers.  It is quite […]