Jim Murray’s Whisky Bible has done a lot for whisky. But so has actor and comedian Bill Murray.

His 2003 movie Lost in Translation introduced a beautiful Japanese seventeen-year-old to the world – Suntory Hibiki. Then came the Highball Renaissance and, in 2015, Suntory Yamazaki Sherry Cask 2013 won the 2015 award for ‘Best whisky in the world’.

According to the prestigious Whisky Bible. The 2023 edition will be the 20th.

A combination of hype, increasing demand, and short supply has sky-rocketed prices and collectability.

Japanese whisky has many facets, but most follow the idea of balance, blending and purity, summed up by the Japanese word ‘Tsukuriwake’, meaning ‘artisanship through diversity of making’.

“Japanese whisky is currently going through a period of regulation and change. Unfortunately, with great success comes bad actors, and much has been done to withhold the integrity and confidence of its prize asset. In 2024 all the regulations will finally come into force and hopefully this shake-up will keep Japanese whisky firmly in the spotlight for the right reasons.”

Just when you thought that there was no stopping Nikkas, the new Togouchi range includes highly unusual whiskies that have been finished in beer and sake casks. 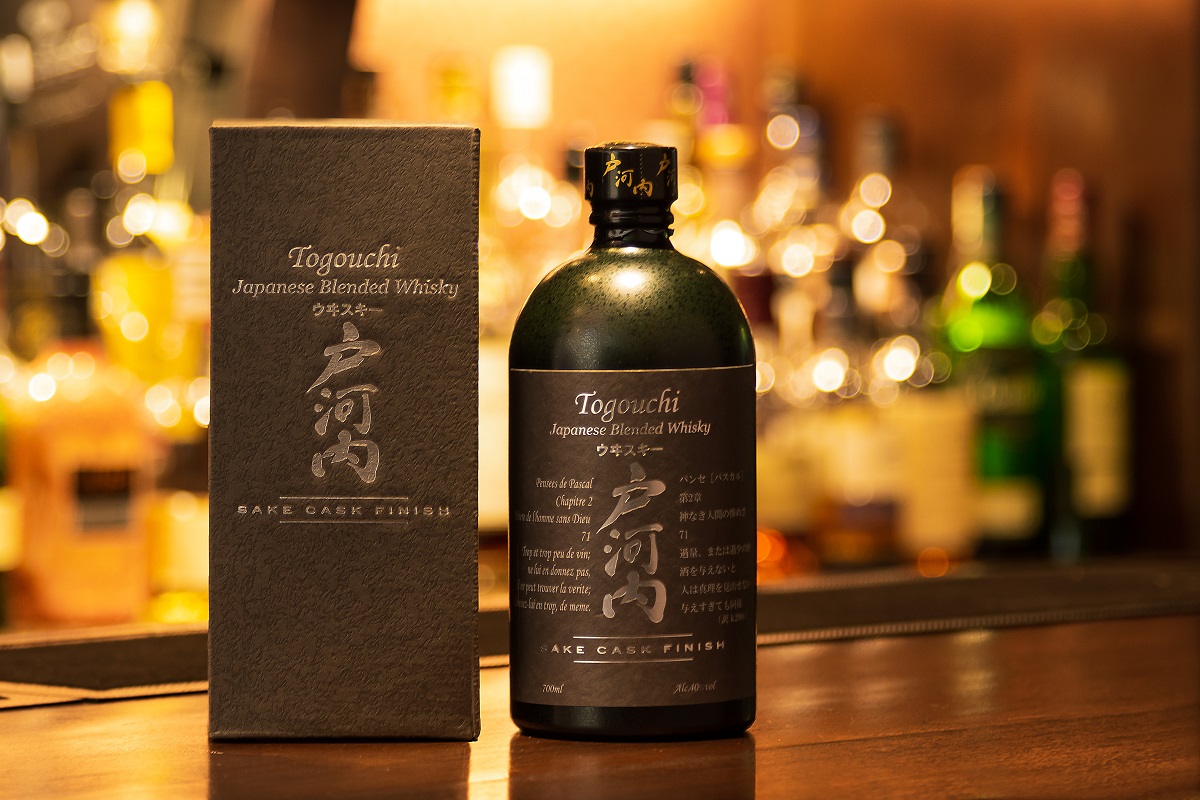 The high-end, artisanal Japanese whisky brand is produced by Sakurao Brewery & Distillery based in Hatsukaichi, a small distillery in southern Japan. Founded in 1918, the distillery has been producing sake and other liquors and began creating whisky in 1990. The elegant 70cl bottle design reflects the design of the company’s Shochu jars.

Togouchi Premium Blended Whisky is available through Waitrose at £44.50.

The distillery which makes Akashi, the Eigashima Distillery, was founded in 1888, and is owned by one of the country’s oldest and most distinguished sake producers. The Eigashima company’s own history dates to the 1700s. It wasn’t until the early 20th century that Eigashima Distillery was granted a licence to produce whisky and the first whisky was distilled in 1984.

Unusually, this distillery produces whisky during only one month of the year. The range of light, fresh whiskies are delicate and sophisticated and usually served as long drinks in a highball glass with water and ice or in contemporary cocktails.

The whiskies are stored before release for between 3-8 years mostly, in oak casks previously used for bourbon, sherry, wine, or sake.

Nikka Tailored continues the rapid and impressive evolution in the quality and diversity of Japanese whisky. The premium blend combining Miyagikyo and Yoichi malts with Nikka grain whisky (predominantly corn-based whisky distilled in traditional Coffey stills), has been marinated in American oak and ex-sherry casks. Introduced to replace the famous Nikka 12 Year Old, it celebrates the company’s two distilleries – Yoichi , Hokkaido which opened in 1934 and Miyagikyo near Sendaii, Tohuko which opened in 1969. 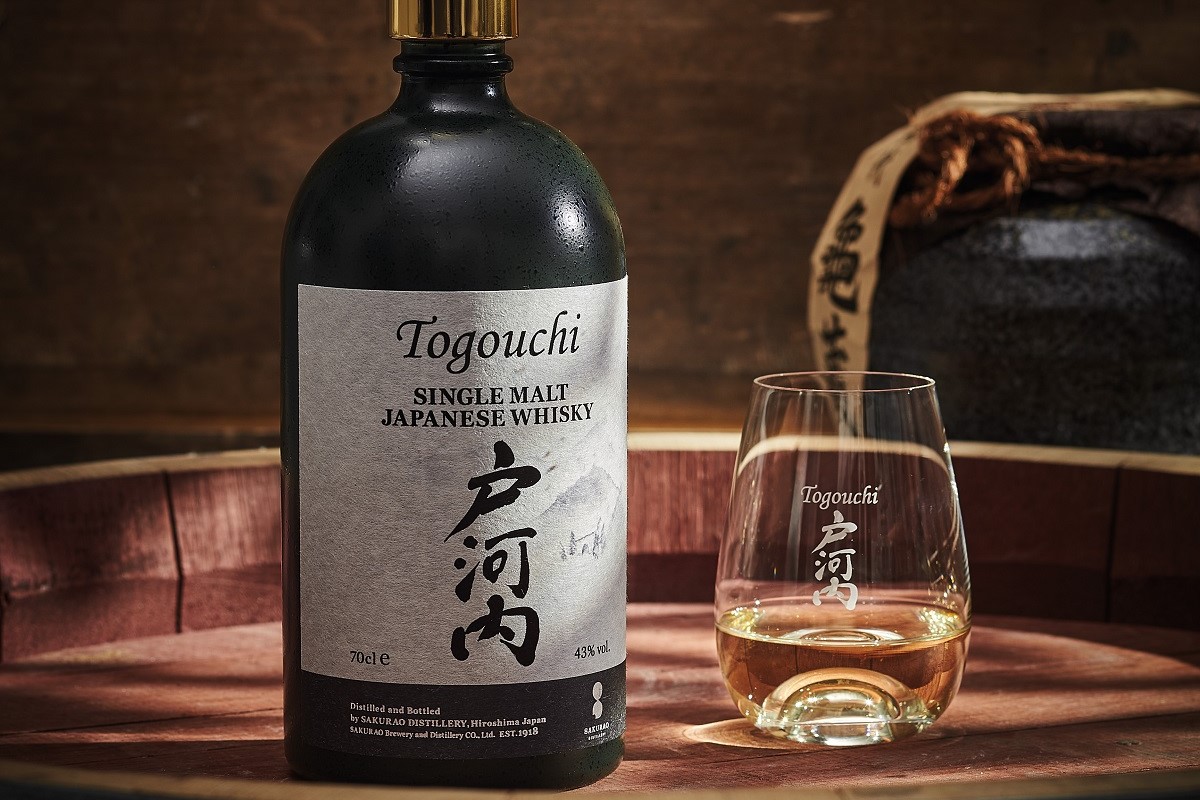 Taketsuru Pure Malt from Nikka is named after Nikka’s founder, Masataka Taketsuru, recognized as one of the founding fathers of Japanese whisky. He studied organic chemistry at the University of Glasgow and malt whisky production at the Hazelburn Distillery in Campbelltown near the Mull of Kintyre. He married the daughter of a Scottish doctor and worked for Kotobukiya (now Suntory) before founding Nikka in 1934.

The Taketsuru is a blend of aged single malt casks from Yoichi and Miyagikyo and has been pulled together to show a balance between great softness and deep complexity, where Miyagikyo is to the fore, but there is still a higher portion of Yoichi to help give the whisky its unique character. It uses both ex-sherry casks and Miyagikyo that has been aged in American oak.

Hatozaki Pure Malt comes from the Yonezawa family distillery in the port of Akashi in southwest Japan. Made by master distiller and blender, Kimio Yonezawa. Each batch contains no more than 20 casks which Yonezawa says he hopes contains a very special whisky that is both true to some of Scotland’s finest brands, but also:

“embodies our own unique Japanese influence and flavours”.

The maritime influence of the port aids the ageing process. Hatozaki is named after Akashi’s ancient lighthouse, dating back to 1657. The excellent pure malt is aimed at the whisky connoisseur and is a premium blend of single malt whiskies aged in bourbon, sherry and mizunara (Japanese oak) casks for a minimum of five to six years. It has a sweet taste of malted cereals and dried fruit with a touch of smoke and aromatic honey on the finish. The blended whisky goes through a two-stage blending process and is aged in casks for several years. This is a balanced whisky that is light and delicate on the palate but carries the flavours of the malted barley.

I’ve never been a god-fearing person; however, I do often wonder about the quality of the bar in the afterlife. I imagine there would be nothing more rewarding than an effervescent brew sliding down your […]

It’s getting cold out there as the dark winter nights start to draw in. So, what better way to warm you up, than a full bodied liqueur which will set your tastebuds on fire. Scottish […]

I remember my 22nd birthday like it was yesterday. Although it was well over a decade ago, I still reminisce to the days of uncontrollable excitement at getting my hands on whatever spirit I could […]